A nine-year-old in Texas has been suspended for bringing a weapon to school and threatening a classmate with it.

The weapon, according to Odessa American, was a circular piece of bronze-colored metal less than an inch across, hanging on a chain and imbued with the power to make people disappear. Additional descriptions of the weapon suggest it may have looked something like this (not shown actual size): 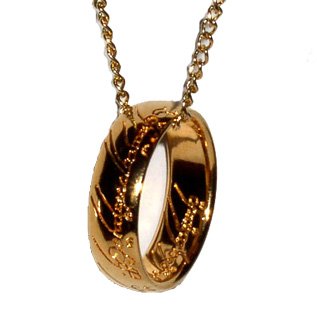 According to the child's parent, the device was suspected as part of a terrorist threat on the school. No information has been released regarding the child colluding with caped figures, the smell of brimstone, or the ability to make victims reappear by re-administering or removing the weapon.
Posted by Ace Edmonds at 5:00 PM

Give our new a try!

Have a news article you'd like to send to us? No problem!